This project was envisioned and completed in Kathmandu, Nepal, when it was still unharmed by the devastating series of earthquakes starting on April 25, 2015. The recording studio was located in Naradevi, in the heart of the old city, where many lost their lives, many more were injured and lost their homes, and numerous historic buildings were destroyed. Over the period of three years, we spend much time there, met new friends and shared our love for the ancient Buddhist culture of the Indian subcontinent. Without the support and kindness of so many people from Nepal this would never have become a reality. We would like to dedicate this project to Nepal, with its ancient spiritual heritage, and to its people, who had to endure so many hardships in the recent past.

May the wounds heal quickly and the hearts find peace and strength.

Śāntideva’s Bodhicaryāvatāra figures among the most celebrated works of Sanskrit Buddhist literature. Revered for its poetic beauty and profound purport, it is the classic text studied in all Tibetan Buddhist monastic institutions and in many universities and Dharma centres throughout the world. It is also often taught by many Lamas around the world, who unanimously praise this work for the powerful influence it has on their spiritual development.

Śāntideva was a Buddhist master who lived in India around the beginning of the 8th century CE. His is generally accredited with the composition of two works, the Bodhicaryāvatāra and the Śikṣāsamuccaya, the former of which became the most influential.

Outlining the entire Mahayana path to awakening – from the altruistic motivation to attain awakening for the sake of all beings, to the practice of dedicating all wholesome deeds to their benefit – the text describes in detail how a bodhisattva must practice to gain the highest fruit of the spiritual journey. At the centre of this path lies bodhicitta, the heart of awakening. It is the proactive resolve to become a Buddha in order to help limitless beings, leading to the engaged application of the six pāramitās (‘perfections’), the wholesome qualities and practices which culminate in the cultivation of supreme insight into reality.

We started this, our first project, in spring 2011. For every recording session, we travelled the busy and dusty roads of Kathmandu between Boudha and the old city to go to REC STUDIO in Naradevi where Sunit Kansakar and his audio engineers provided us with the help and expertise needed for this project. The recording was completed in the summer of 2013, but it took some time to prepare it for publication and to think about how we could best make it avaible to others. 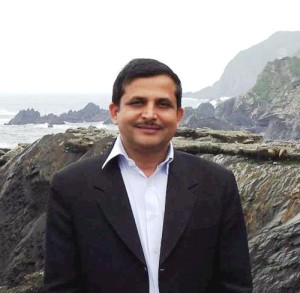 Editions and translations of the text

As none of the available editions of the text is free of errors, Prof. Kashinath created his personal edition in accordance with the rules of Sanskrit prosody, correcting other editions as we progressed in the recording. Unfortunately his edition will remain personal, at least for the time being. For reference, we have included the Sanskrit text for each chapter according to the Vaidya edition, kindly made available by Miroj Shakya from the Digital Sanskrit Buddhist Canon Project.

The principle Sanskrit editions of this text available to us are:

Translations: the text has been translated several times into English and other European languages. We recommend the following English translations:

Sanskrit metre in the Bodhicaryāvatāra

The Bodhicaryāvatāra was composed in many different metres, making it suitable material for the study of Sanskrit prosody. The first and the last chapters in particular are very beautiful, we feel, written in and sung according to various metres such as indravajrā, śiśulīlā, anuṣṭub and others. At this point we are unfortunately unable to present a detailed list of the verses and the metres used, but we hope to expand the website with this and other features in the future. If you would like to help us with this work, please contact us.

In the first chapter, Śāntideva explains the meaning of bodhicitta and its benefits.

In the second chapter, Śāntideva teaches how to purify one’s mind in order to prepare it for the generation of bodhicitta.

The third chapter discusses the correct procedure to give birth to bodhicitta.

The fourth chapter deals with the level of conscientiousness necessary to prevent one from impairing one’s bodhicitta.

The fifth chapter contains an explanation of ethical discipline rooted in mindfulness and awareness.

The sixth chapter discusses the means that enable one to skilfully face adverse conditions and obstacles.

The seventh chapter is about the pāramitā of diligent perseverence.

The eighth chapter discusses the prerequisites for mental calm and stability, and the meditative practices based on bodhicitta, i.e. equalising oneself with others and exchanging self and others.

The ninth chapter contains a profound analysis of reality according to the Madhyamaka school of philosophy.

This last chapter is a beautiful poem of aspirations, dedicating all the good generated with bodhicitta to the wellbeing of others.

This work is licensed under a Creative Commons Attribution-NonCommercial-NoDerivatives 4.0 International License

With the kind permission of http://www.dsbcproject.org/