The Mūlamadhyamakakārikā (‘Root Verses on the Middle Way’), also known as the Madhyamakaśātram (‘Treatise on the Middle Way’), is the magnum opus of the Indian master Nāgārjuna (c. 150 – 250 CE). Generally regarded as one of the most influential works in the history of Mahayana Buddhism, this text delves into a thorough investigation of ultimate reality that revolutionized Indian Buddhist philosophy, laying the foundations for a new school of thought, i.e., the Madhyamaka tradition.

Nāgārjuna, believed to be of South-Indian Brahmin origin, famously authored a wide variety of texts, including eulogies, letters of advice and philosophical treatises. Among the latter group of texts figures most prominently the Mūlamadhyamakakārikā, which discusses the doctrine of śūnyatā or emptiness in 27 chapters. Analyzing the components of existence, including the various categories established in the Buddhist schools, such as the skandhas etc., and even the concepts of ‘tathāgata’ and ‘nirvāṇa’, Nāgārjuna skillfully proves with undeniable logic that everything is devoid of true existence. It is the pacification of conceptual proliferation–apprehending things as either ‘existent’, ‘nonexistent’, ‘both’ or ‘neither’– that brings about true peace.

Homage to the perfectly awakened one, the best of speakers,
Who taught dependent arising, which is
Without cessation, without arising,
Without annihilation, not eternal,
Without one thing, without separate things,
Without coming, without going.
It is the pacification of proliferation, [ultimate] peace.

This project was recorded in January 2017 at Jazzmean Recording Studio Pvt. Ltd in Phulbari, Boudha, Kathmandu. We thank studio owner and sound engineer Junil Lama for his kind assistance throughout the project. 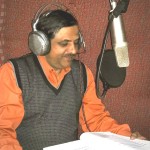 Editions and translations of the text:

As with the previous project, Prof. Kashinath created his own edition for the recording of the Mūlamadhyamakakārikā. For reference, we have included the Sanskrit text for each chapter according to the Vaidya edition, kindly made available by Miroj Shakya from the Digital Sanskrit Buddhist Canon Project.

Sanskrit editions of this text include:

An online edition of the text in transliteration and Devanagari script, based on Vaidya, is found at the Digital Sanskrit Buddhist Canon Project here.

The text has been translated several times into English and other European languages. We recommend the following English translations:

– Padmakara Translation Group (2008): The Root Stanzas on the Middle Way. Editions Padmakara (from the Tibetan).

– Garfield, Jay (1995): The Fundamental Wisdom of the Middle Way. Oxford University Press (from the Tibetan).


Analysis of the Traversed and the Not Yet Traversed - gatāgataparīkṣā


Analysis of the Sense Faculties - cakṣurādīndriyaparīkṣā


Analysis of the Skandhas - skandhaparīkṣā


Analysis of Desire and the One Who Desires - rāgaraktaparīkṣā


Analysis of the Conditioned - saṃskṛtaparīkṣā


Analysis of Object and Agent - karmakārakaparīkṣā


Analysis of What is Prior - pūrvaparīkṣā


Analysis of Fire and Fuel - agnīndhanaparīkṣā


Analysis of the Extremes of Before and After - pūrvāparakoṭiparīkṣā


Analysis of the Compounded - saṃskāraparīkṣā


Analysis of Bondage and Liberation - bandhamokṣaparīkṣā


Analysis of Action and Result - karmaphalaparīkṣā


Analysis of the Self - ātmaparīkṣā


Analysis of the Assemblage - sāmagrīparīkṣā


Analysis of Arising and Dissolution - saṃbhavavibhavaparīkṣā


Analysis of the Tathāgata - tathāgataparīkṣā


Analysis of the Noble Truths - āryasatyaparīkṣā


Analysis of the Twelve Links - dvādaśāṅgaparīkṣā

This work is licensed under a Creative Commons Attribution-NonCommercial-NoDerivatives 4.0 International License

With the kind permission of http://www.dsbcproject.org/